My goal for September is to focus on chilling out and not stressing. Little did I know that would carry over into my travel plans unexpectedly. My motto for the month is “chill out. No fomo.” We have been planning on going to Houston for months after getting a great deal on southwest flights. Then a few days before the trip, the weather wasn’t looking good and there was a tropical depression hanging out in the gulf. We made the call to postpone the trip and stay in Nashville for our five days off. In my mind, I had to chill out and go with the flow. Here are some of our adventures that we had during our time off in Nashville. Just a whole lot of chilling and food as per usual.

Wednesday night was the start of vacay so we met some friends at Edley’s then hoped over to Mafioza’s for drinks and our favorite pizza. Blurry selfies only. 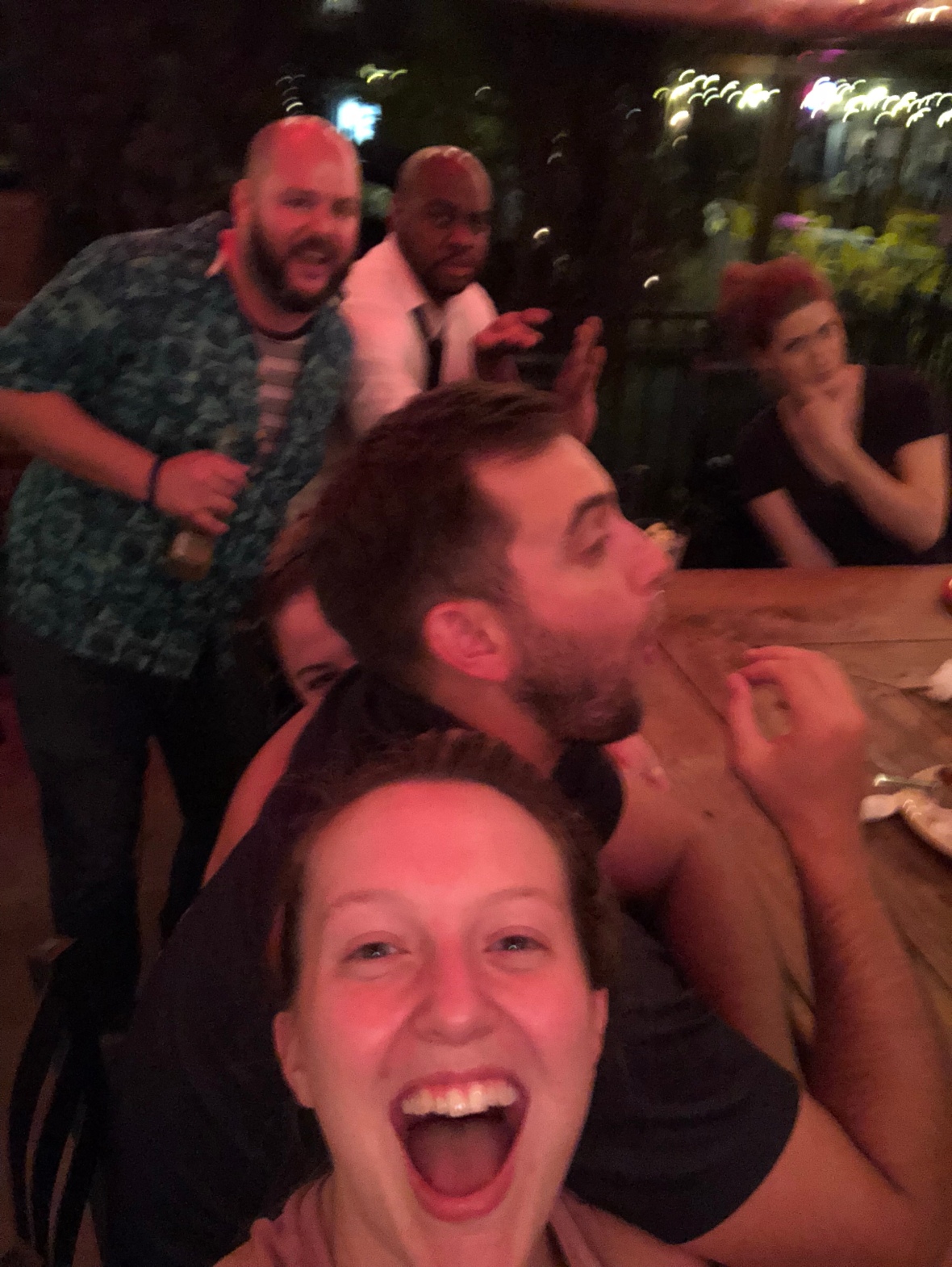 Thursday morning we slept in and headed towards midtown to eat at DeSano’s pizza because Brian had never been before! He liked it a lot. We got a pizza and caprese salad.

After DeSano’s we took a random stroll around the area and ended up at the new JW Marriott hotel. It is so gorgeous inside. The rooftop restaurant did not open until 4 so we had some time to kill and started at the Cumberland Bar in the lobby. 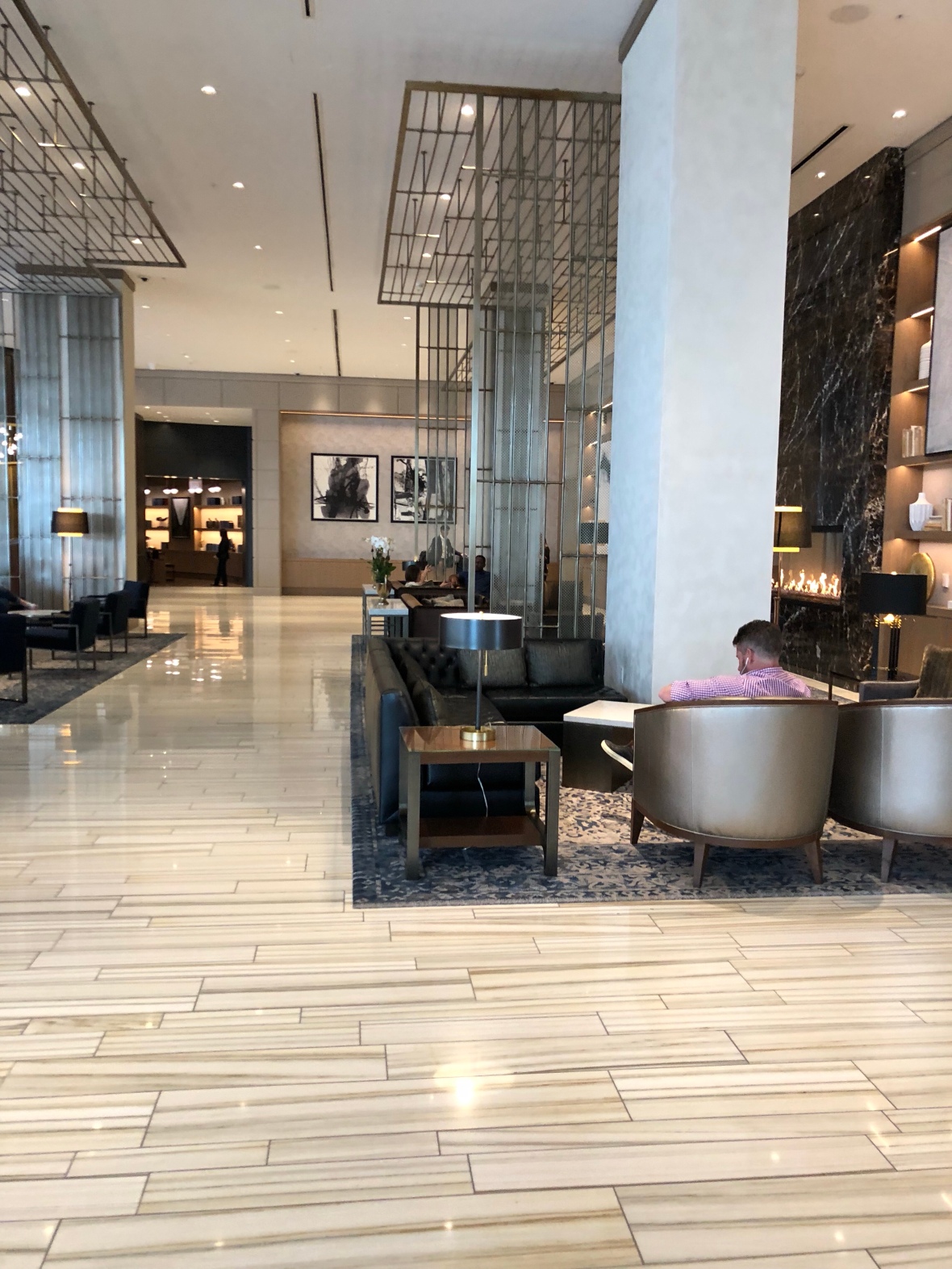 This was the vessel I would have gotten if I picked a different cocktail. Next time! Also really want one of these personally now. 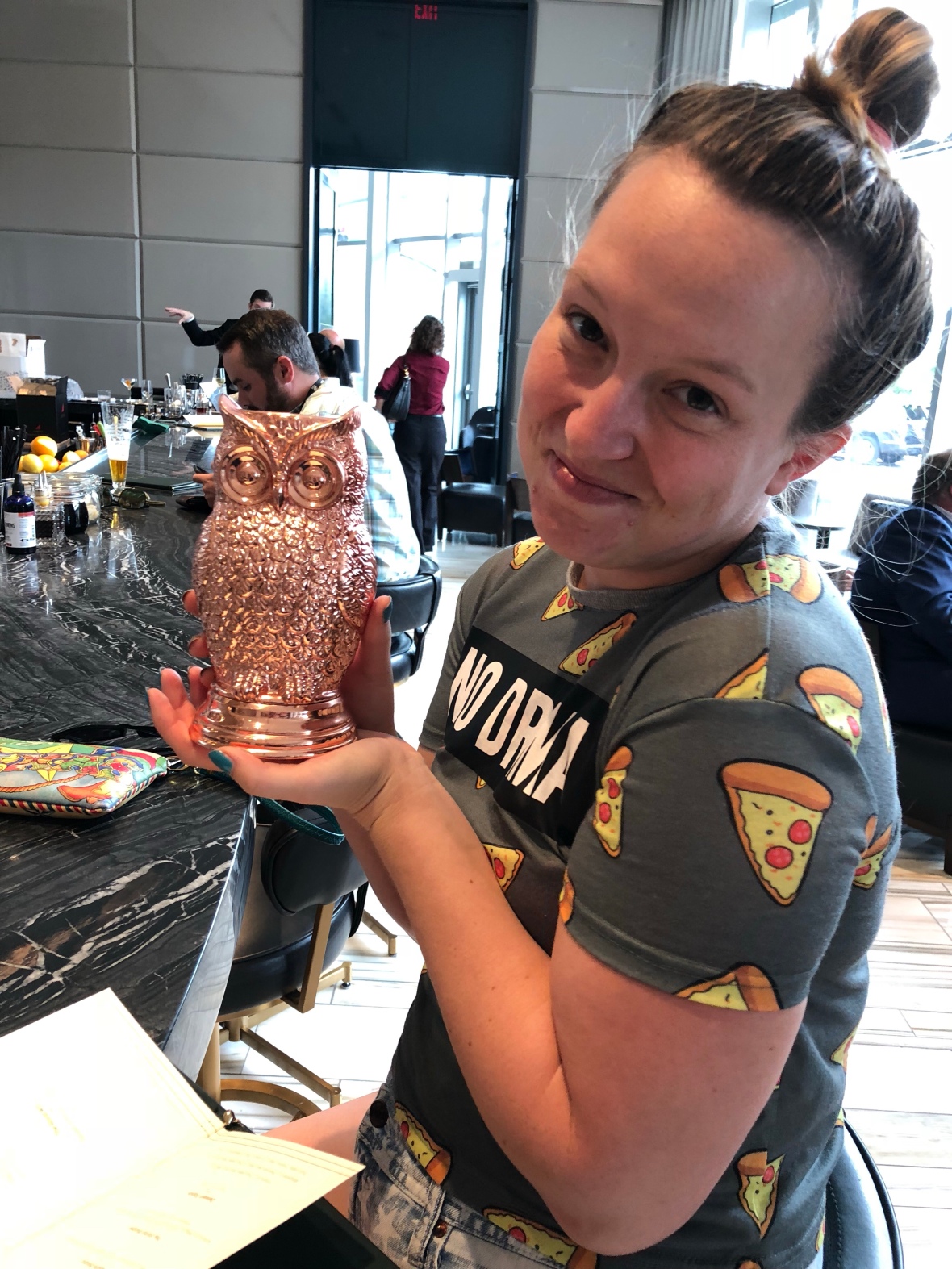 Rooftop bar has amazing views of so much of the city!!

You can’t see the view because of the backlighting in the selfie so you will have to go check it out for yourself. 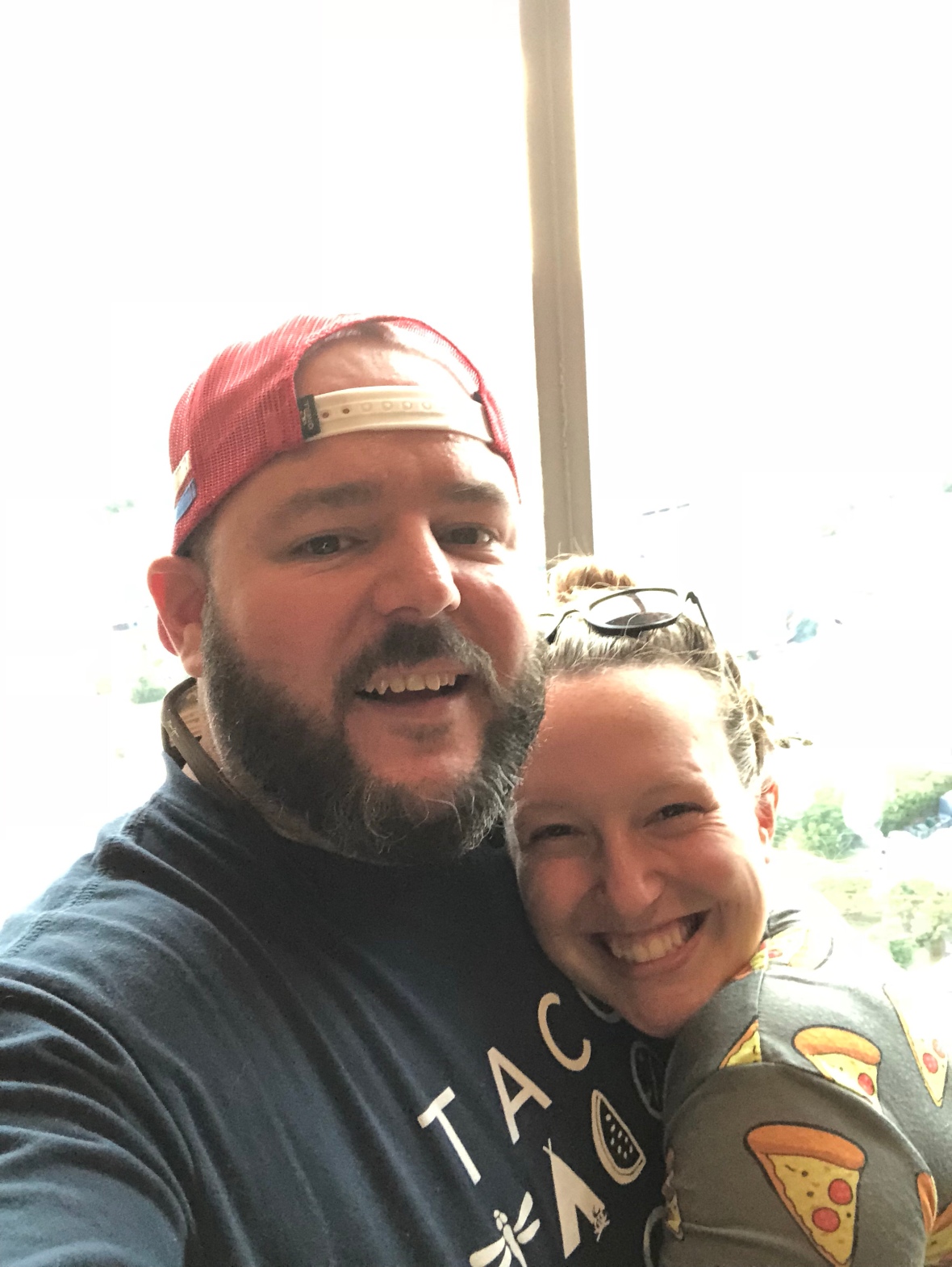 We went home and cleaned up then went to dinner at Oak in the bottom of the Westin Hotel. I told Brian I wouldn’t take pictures all through dinner if we could take one at the beginning and only broke this for one picture of us with the gorgeous dessert. This place is incredible! Definitely recommend. It is on the pricier side but is seriously one of the best meals I have had in Nashville. The cocktails, house made bacon, wagyu tartare, bone-in ribeye, bone-in filet, mushrooms, brussels and everything else were all perfect. I’m not exaggerating when I say that Oak had hands down the best tartare I have ever tasted. Today I wrote a great yelp review because I want them to succeed in the foodie Music City!

On Friday, we only left the house to go to Kroger and get eggs and champagne and orange juice. Brian made his first omelette ever which was very large so turned out more of a frittata. We used the leftovers from Oak and it was fantastic. 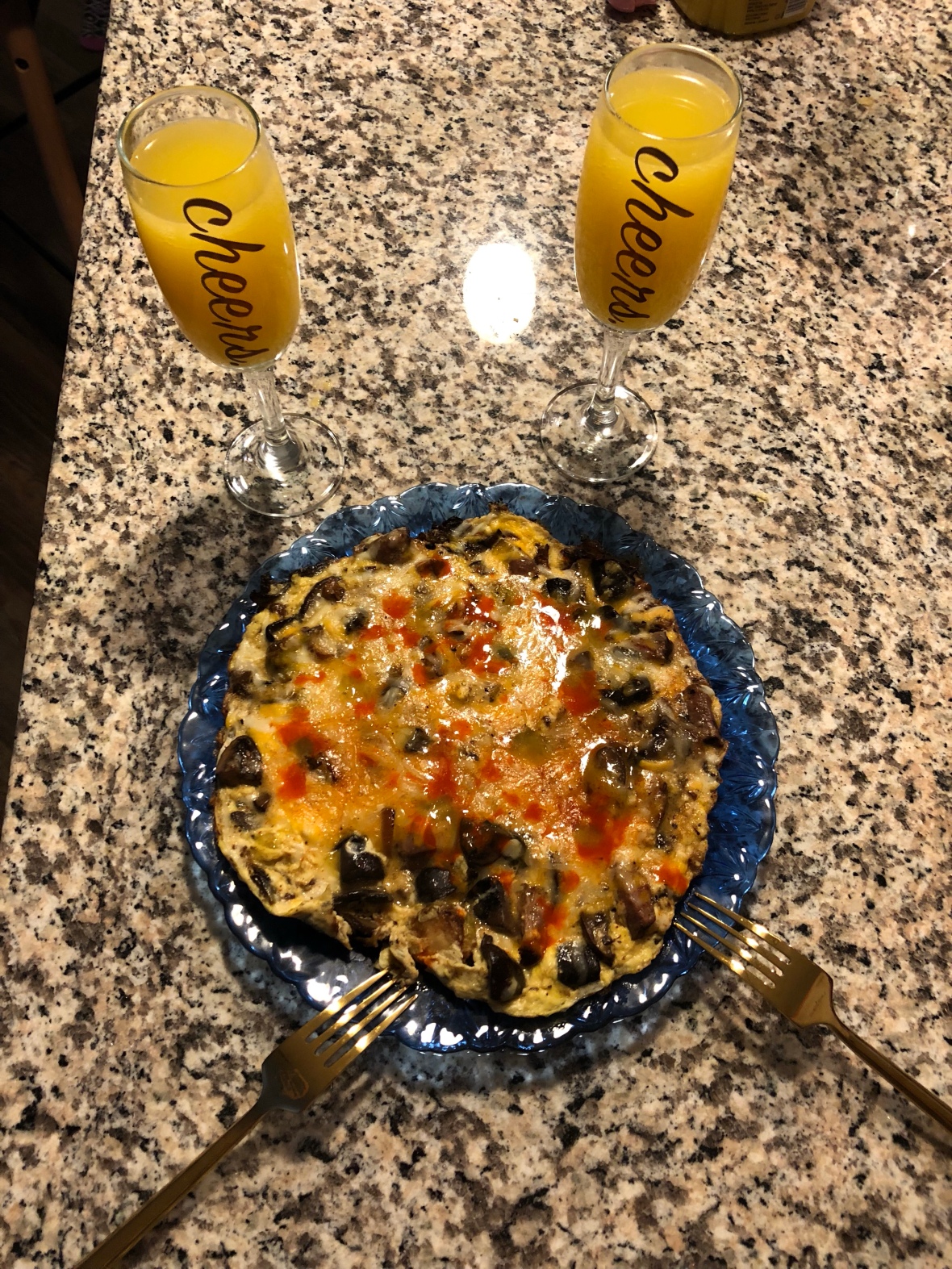 The rest of the day we binge watched season 2 of Ozark and then made mini pizza tacos for dinner. Found them as a random facebook video and we executed perfectly. Many more mini tacos to be eaten in our future.

Then I met up with some friends to go wedding dress shopping!! Amber just got engaged and was excited just to find her style and try some things on but then she found HER DRESS! I was so happy to be there with her!! Obvi not posting the dress because that is her secret but here are some selfies after we all cried about her incredible dress. 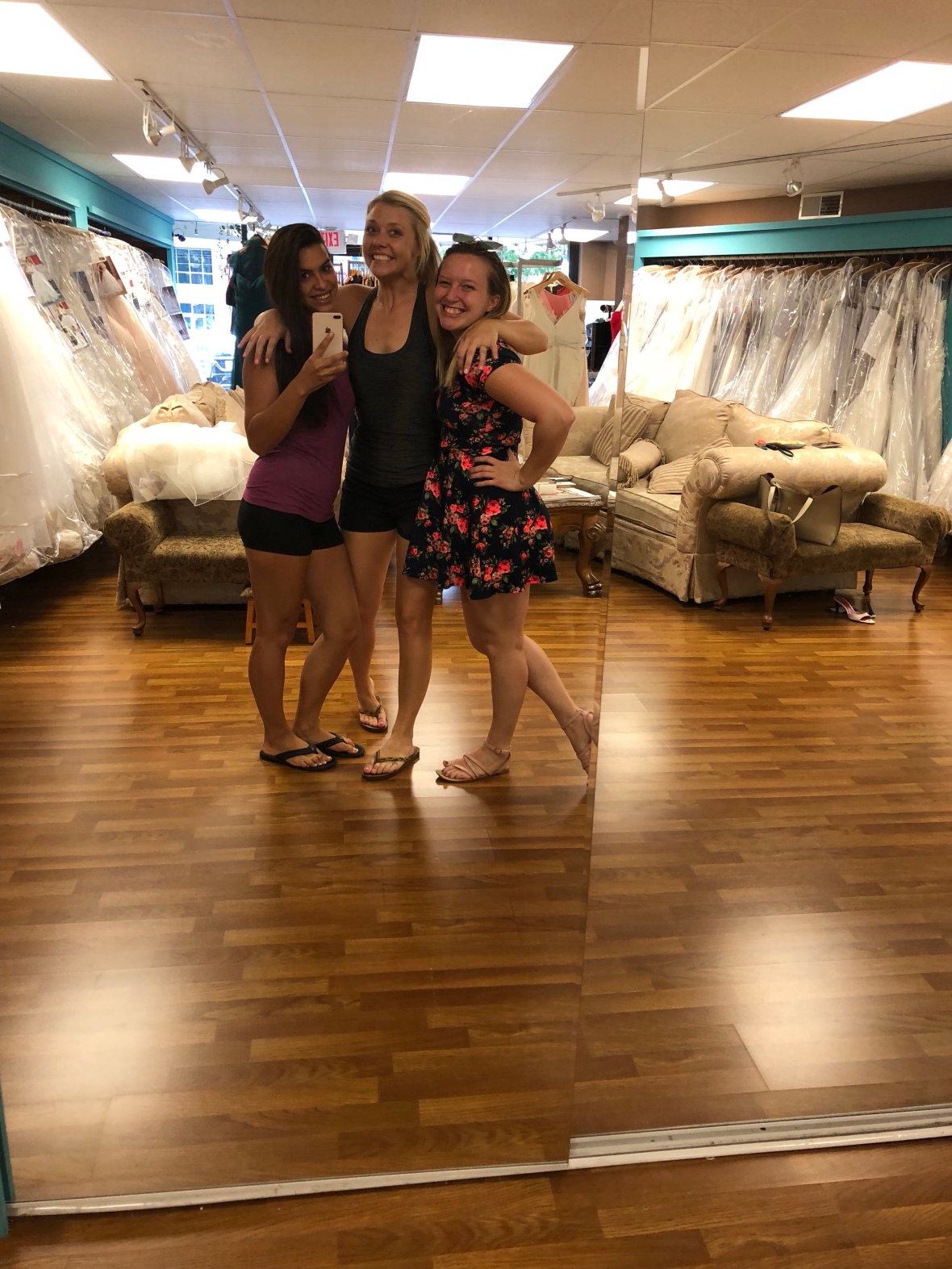 After dress shopping, I met Brian at Bakersfield downtown where some of our friends are bartenders. Then we were going to meet up with other friends to watch the end of the Auburn game at Frisky Frog’s. Without really knowing how far it was, we decided to walk. It was quite warm and we sweat a lot. Definitely burned some cals.

Unfortunately Auburn did not win. Our next stop was Hopsmith then we hit Bolton’s Spicy Chicken on our way home. The Uber dropped us off at Hattie B’s but there was a long line so we walked across the street. I don’t know if we ordered hotter than usual or what but we were definitely in pain with the spice level. We were very hungry but could not finish our chicken so we ordered pizza from Dolce Vita too.

Sunday morning we had brunch at our friend Morgan’s house where she made homemade biscuits! The food was delicious!

After brunch, we went to watch football at Double Dog’s in Hillsboro Village. Most of the teams we were cheering for lost! The Steelers and the Panthers! But the Tampa Bay Bucs won!

After football, we went to Edley’s for nachos! Later we went home and napped then ordered Domino’s. So much delicious pizza eaten on vacay.

Monday morning we chilled for a while and at leftover pizza in bed while watching The First on Hulu. In the afternoon, we bopped around to TJ Maxx and Burlington Coat Factory. Brian found some new jeans which he needed and we got a sweet new fruit bowl that is super cute. For dinner, we went to Logan’s Road House. This was Brian’s first Logan’s experience ever. We really enjoyed it and ordered more than we needed so we have leftovers for the week. 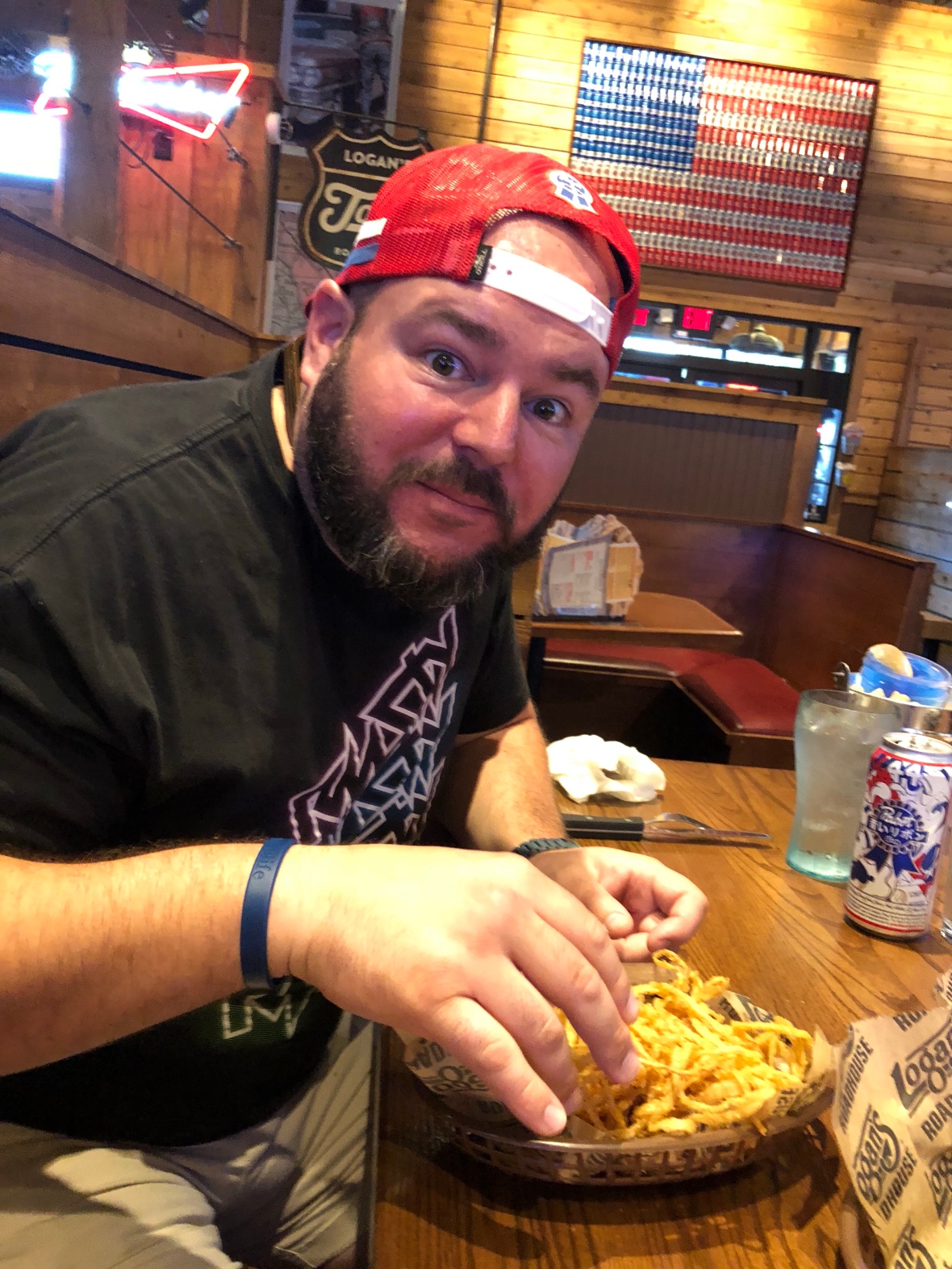 Coming out of Logan’s we saw a gorgeous Nashville sunset. It was a great ending to a super chill and relaxing staycation. 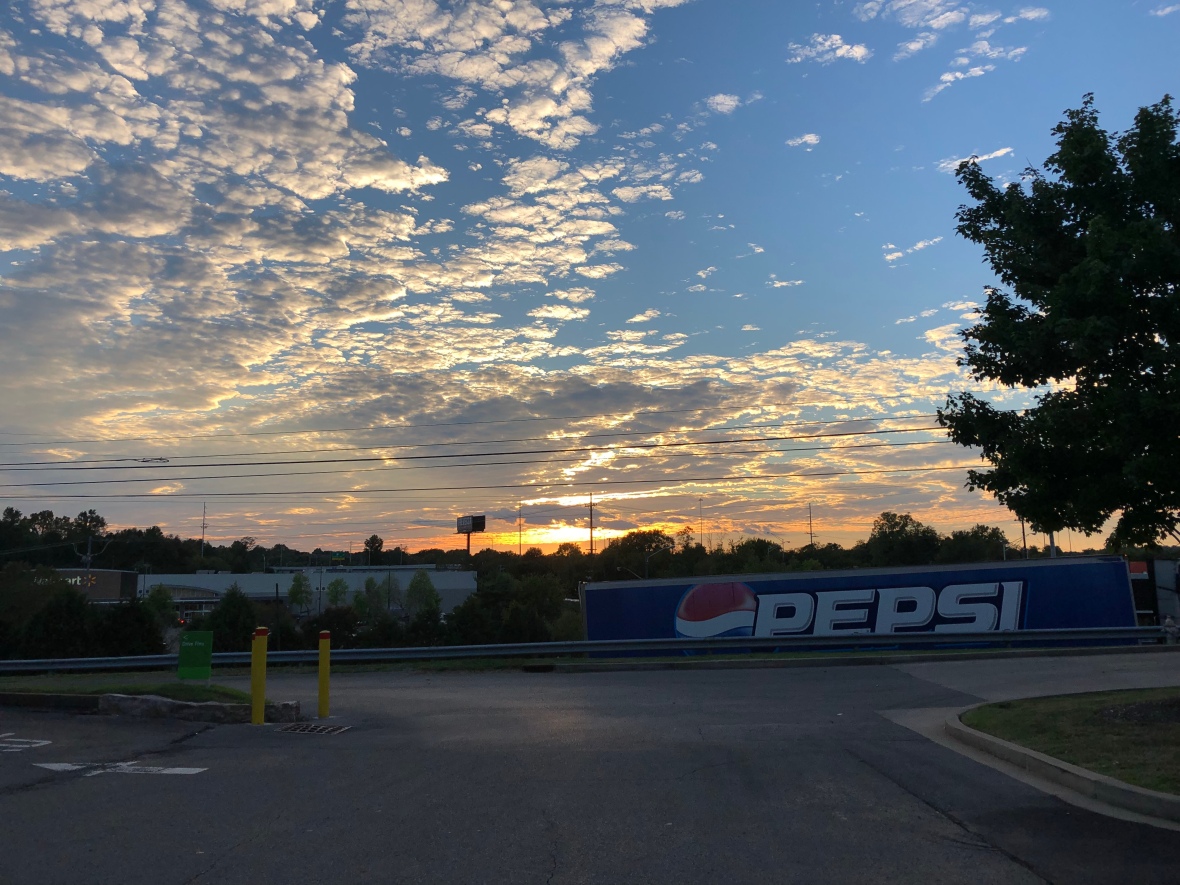 I got Brian to take a few more selfies for which he was super thrilled.

When life gives you cancelled trips, you make the best out of it with a stay-cay and lots of babe time! Cheers to the rest of September being relaxing and chill as well.